The Soul Shop is Here![]

A shop where you can exchange Souls for various items will open! We are also planning to release new items here, so look forward to it!

The Secret Card "Wall Jump (COR 072)" will be given to all TEPPEN players as a present! With the Extra Prize of Card Art Selection from the TEPPEN WORLD CHAMPIONSHIP 2020, the winner kuran and the development team have worked together, to make a new illustration for a special card! Use this card in battles and have even more fun!

We will be holding an Easter Campaign where you can get items like "Easter Event Pack" Pack Tickets!

Details regarding the campaign will be released on a later date.

We are committed to encouraging a wide variety of useful decks and strategies that players can create by combining Hero Arts and cards. We have gone through with some planned balance adjustments for this purpose. After taking into consideration the usage rates of Hero Arts and their effects on battles, we have decided to adjust some Hero Arts and card abilities.

Please see the following for each balance adjustments. 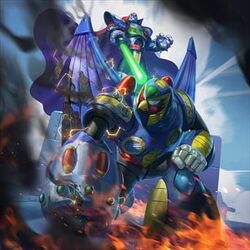 Before
[MP:3]
Deal damage to an enemy unit equal to triple the number of times friendly units have had the <Ascended> status during battle.
If that enemy unit dies, place it in your EX Pocket instead of in the Graveyard.
This effect takes precedence over Death and <Revenge> effects that return cards back into the deck or EX Pocket.
Damage: 0

After
[MP:2]
Deal damage to 1 enemy unit equal to three times the number of times friendly units have had the <Ascended> status this battle.
Any unit destroyed by this damage is added to your EX Pocket instead of going to the Graveyard. This will not trigger Death Abilities.
Damage: 0 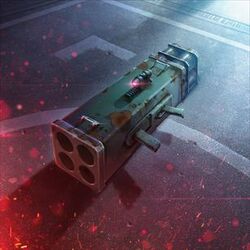 Before
[MP:3]
Deal 10 Pierce Damage to a random enemy unit.

Before
[AP:17]
Explore for Rocket Launcher.

After
[AP:16]
Explore for Rocket Launcher. Give that card MP -1.

Before
[AP:17]
Gives <Shield> to all friendly units.

After
[AP:14]
Gives <Shield> to all friendly units.

Before
[AP:21]
All friendly units gain +2 HP.
Deal 3 damage to all enemy units.
Any unit destroyed by this damage is removed from the game. This will not trigger Death Abilities.

After
[AP:23]
All friendly units gain +2 HP.
Deal 3 damage to all enemy units.
Any unit destroyed by this damage is removed from the game. This will not trigger Death Abilities.