We are committed to encouraging a wide variety of useful decks and strategies that players can create by combining Hero Arts and cards. We have gone through with some planned balance adjustments for this purpose. As such, our hope is to keep the meta in constant flux, with even the most popular decks ever changing due to a large number of decks that can counter them. However, a review of the game data since transitioning from 2019, as well as the high frequency of Hero Arts use and win rate of decks including them, has revealed excessive polarities and a high tendency for certain cards to be used. In order to achieve a better balance of strategies, a balance adjustment will be made to certain cards as part of an update in February. 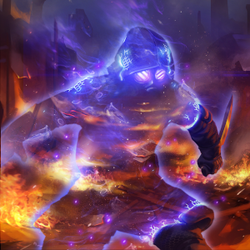 After
[MP:1]
Makes a friendly unit unblockable. (Effective for 1 attack.)

Units that this card has targeted are often hard to take down which lead to one-sided games, especially when combined with decks that utilize halt. We have changed it from being a permanent effect to temporarily to give the opposing player more opportunities to handle it. 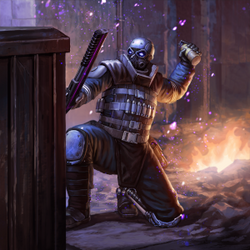 This card's effect was able to return many deck's key cards back to the EX Pocket while not being able to respond due to it being a When Played effect. We've reduced the range of its effect as to make it harder to target key cards and made it easier to answer.

We hope you continue to enjoy playing TEPPEN.