There are two ways to be obtain skins, one via special card packs which are released regularly but are only available for a limited amount of time. These special packs can usually only be obtained by using the Jewel premium currency, however, in some cases the pack's ticket can be acquired from the EXGP or by logging into the game in limited quantity. Not all skins can be obtained from a pack.

The Evil Ryu skin was an exception to this, as it was always available via The Force Seekers packs since its release, however, as of the Version 3.1 Update, it can only be obtained the same way as the rest of the skins, as explained above.

The second way to obtain skins is via the Soul Shop which was introduced with the Version 3.1.5 Update. The EX skins are not available in the shop however, all skins in the Soul Shop cost 100,000 Souls each.

Unlocked skins can be selected at the Edit Deck menu, by selecting the Change Skin option. There are two types of skins: "recolors" and "EX skins". Recolors are palette swaps, only changing the color of the Hero during battle. EX skins make more drastic changes, with different appearances, voice clips, background music and Hero Art animations. Though the Hero Arts are given different names and animations, they function identically to their normal counterparts. All skins come with a matching player icon.

As of the Ace vs. The People expansion, an EX skin can be an entire new character, as is the case for the Phoenix Wright EX skin available for Chun-Li, just like the rest of the skins, Phoenix Wright acts the same as Chun-Li gameplay-wise. 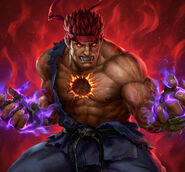 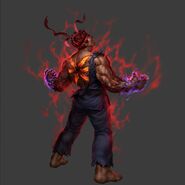 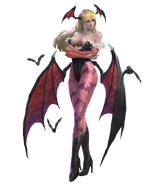 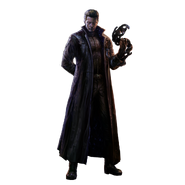 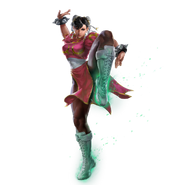 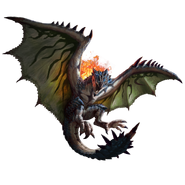 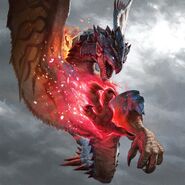 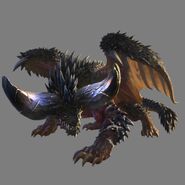 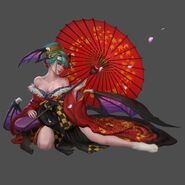 Add a photo to this gallery
Retrieved from "https://teppen.fandom.com/wiki/Hero_Skins?oldid=35602"
Community content is available under CC-BY-SA unless otherwise noted.